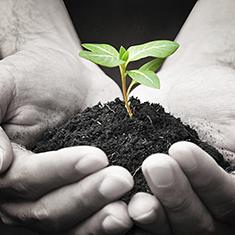 This is a situation that refers to slow rate of weight gain, or more broadly periods of poor weight gain, that lead a child's measured body weight to fall through the UK growth centiles (the ones at the back of the red, parent held, child health record for example). These charts are very useful tools for doctors, and enable a very quick comparison to be made to the expected weight of other boys or girls (as they do differ even from a young age) at any age. In addition these charts enable doctors to track growth (both weight, length and head circumference), which gives far more information than a one off comparison against other children of the same age.

A wide variety of physical problems (and some psychological ones too) adversely affect growth and can lead to failure to thrive. Physical problems that affect the gut, you might imagine, produce a different effect on growth than ones that affect, for example, the hair. You would be right, but growth charts are more discriminating than that. For example, diseases that affect the small bowel have a very profound effect on growth, whereas large bowel diseases often do not. Diseases of the pancreas or liver often produce very dramatic effects on growth (because these organs are involved with fat digestion and fat is a very calorie dense food).

In addition to the magnitude of weight loss, there is the timing of when the failure to thrive starts. Some diseases start at characteristic times such as weaning.

There are a few issues to consider with failure to thrive. Firstly, it should prompt the doctor to look for a physical illness. Secondly, in the first year of life, prematurity is taken in to account in how age is calculated, hence babies score higher on the centile charts. Thirdly, babies born disproportionately heavy (such as infants of a diabetic mother) will show catch down, or drifting down towards a weight centile that matches their length centile. This catch down growth occurs within the first 6 weeks only.